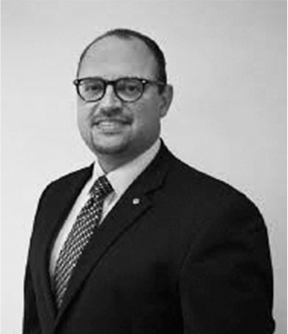 Jaime G. Cuevas Mercado has a bachelor’s and an Associate degree from St. John Vianney College Seminary of Miami. He has worked with the Cooperativa de Seguros Múltiples de PR for the last 27 years as the Marketing Manager, he also held posts as the Manager of the Cooperative Educational Service Department (2010-2014), Branch Manager (1998-2010), and Cooperative Educational Promoter (1992-1998). He has been a Board Director of the Chamber of Commerce of Puerto Rico (CCPR) since 2016. In this institution, Mr. Cuevas has served as president of the Coop Committee (2014-2017) and President of the Insurance Committee for the CCPR (2017-present). On many occasions, he has collaborated with the Energy and Water Committee of the CCPR. In the Association of Cooperative Educators (ACE), he served as a Board Director for four years, and two of them as Vice-President. ACE integrates Coop Educators from Canada, US and Latin-American, studying and learning from the Cooperative Model in those countries. He is one of the promoters of the New Electric Cooperative Law in PR , and represents the Cooperativa de Seguros Múltiples de PR in the Cooperative CEO Association of PR (ASEC), NRECA, Cornerstone Venture, Empresarios por Puerto Rico, CCPR, CUD, Asociación de Economistas de PR, and others. In addition, Mr. Cuevas was part of the “Public Collaborative for Puerto Rico Energy Transformation” organized by the Institute for Economic Competitiveness and Sustainability of PR (ICSE) and Rocky Mountain Institute (RMI), to create a report and proposal for the new Energy Transformation in Puerto Rico.